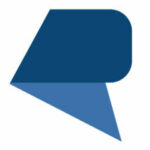 UNHCR’s Representation for the Nordic and Baltic countries and the Danish Institute for Human Rights invites you to this webinar discussing the consequences of Danish revocation practice under the ‘paradigm shift’.

Register via this link

This webinar, co-hosted by UNHCR’s Representation for the Nordic and Baltic countries and the Danish Institute for Human Rights, considers the consequences of Danish revocation practice under the ‘paradigm shift’.

As a series of legal and policy changes the paradigm shift has shifted Danish refugee policy away from its traditional orientation of long-term protection and support for integration towards a stronger focus on temporary protection arrangements and early return.

Since 2019, more than 1,000 Syrians from Damascus province have had their protection need reassessed. So far, around 100 have lost their protection in Denmark. However, as the Danish government does not presently carry out forced returns, refugees remain in Denmark in a return position or, in some cases, move on to other EU member states, such as Belgium, Holland and Germany, including to seek asylum.

This webinar discusses the impacts and implications of Denmark’s ’paradigm shift’ from a range of perspectives, including human rights law questions arising with respect to Danish revocation practice; the impact on Syrian refugees subject to the revocation process; and consequences for other EU states receiving Syrian refugees from Denmark.

The webinar also launches two reports on the topic:

You can never feel safe: An analysis of the due process challenges facing refugees whose residence permit have been revoked by the Danish Institute for Human Rights

Refugees as future returnees? Anatomy of the ‘paradigm shift’ towards temporary protection in Denmark by the TemPro research project